We are very excited to announce that New York Jets Hall of Famer:
Don Maynard
has decided to join our family of Exclusive Appearance Athletes.

Mr. Maynard was drafted in 1957 by the New York Giants.  He played in 12 games his rookie year with the team.  He was released during training camp of the 1959 season.

Mr. Maynard then went to the Hamilton Tiger Cats and played the 1959 season there.
In 1960 he became the very first New York Jet (then called the Titan's) when Head Coach Sammy Baugh gave Don the call because he had coached against Don in college.

In 1973 Mr. Maynard finished up his NFL career with one year playing for the St. Louis Cardinals.  In 1974 he played one year in the WFL for the Houston Texans.

Mr. Maynard is now 81 years old and enjoying his retired life in New Mexico.  He does occasionally like to get out to greet his fans.  If you would like to schedule Mr. Maynard for an autograph appearance, please contact Rich with as much information as possible. 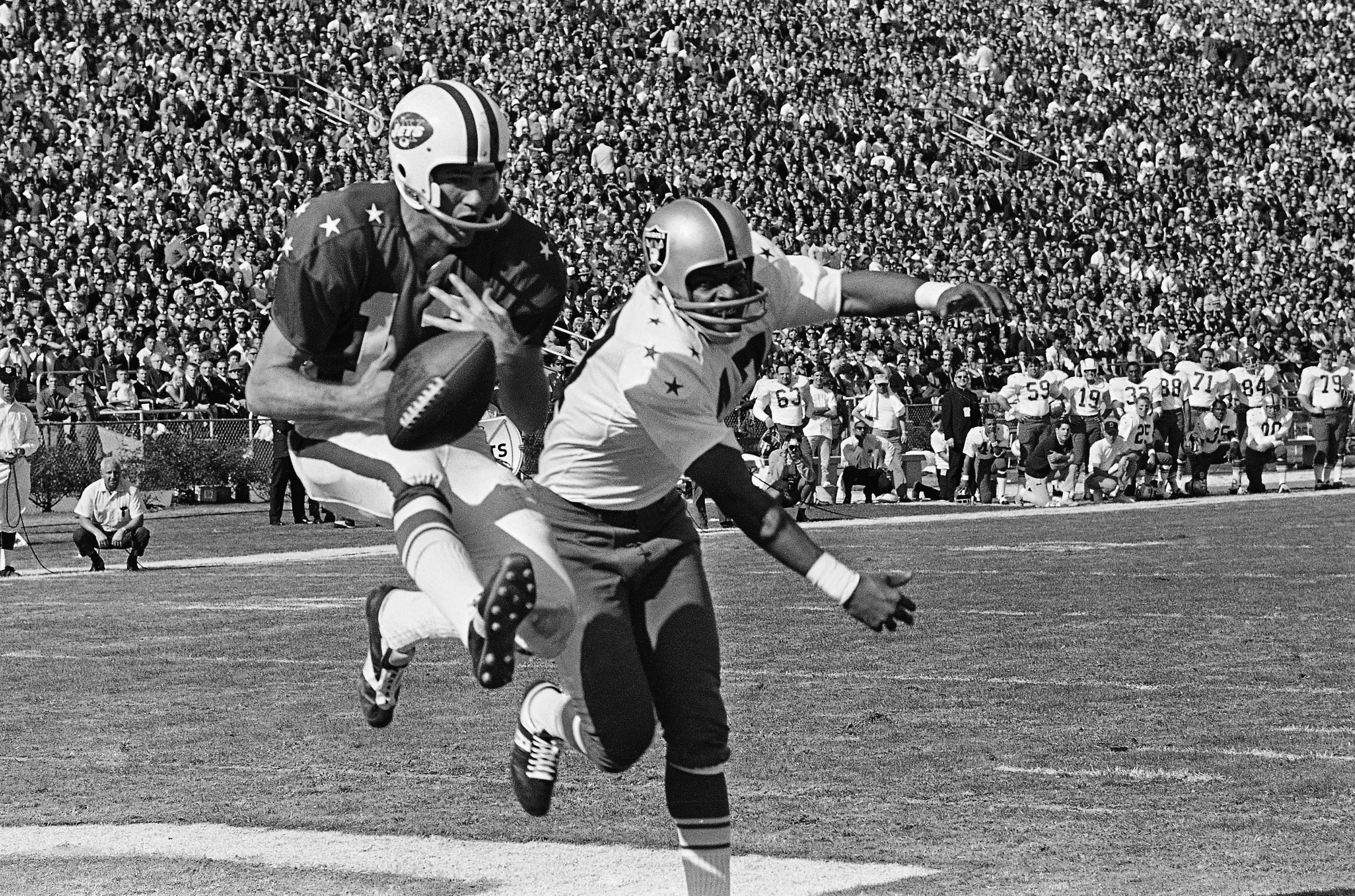